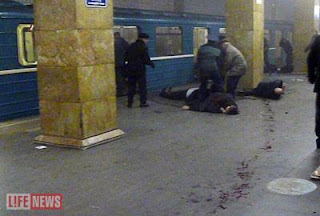 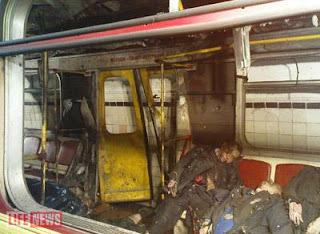 After a hiatus terrorism is back. The blowback from the North Caucasus is evident. The only country with more conspiracy theories than the U.S. would be Russia. Already Kavkazcenter is claiming that the Russian government is behind this, while as above RussiaToday reports, Chechen groups are taking responsibility. Given the instability of the Caucasus they could be Chechens, Dagestanis, or Ingushetians. They all have the same beefs of heavy handed Russian security with torture, disappearances, and outright murder. It is interesting that this comes about as Russians have become more outspoken in opposition to Vladimir Putin with the recent "Day of Wrath" protests.
Posted by WINston smITh at 9:28 PM