It's no secret that the Russian economy is in trouble these days and Russian workers are showing signs of unrest. This has not escaped the notice of Vladimir Putin who, in an unusual act of theater, publicly humiliated one of Russia's leading industrial oligarchs, Oleg Deripaska, for mismanagement and poor treatment of his workers as reported here:

"MOSCOW (AFP)--Russian Prime Minister Vladimir Putin Thursday launched a lacerating attack on oligarch Oleg Deripaska, describing one of his factories as a "rubbish dump" and saying workers had been held hostage by unpaid wages.

Putin's comments came as he visited the BaselCement factory in the town of Pikalevo in the Leningrad region of northern Russia, acquired by Deripaska's holding company Basic Element in 2007.

"Why has your factory been so neglected? They've turned it into a rubbish dump," Putin said as was given a guided tour of the factory in the town of Pikalevo in the Leningrad region of northern Russia.

The deputy chief of the Basic Element construction firm Glavstroi, Yevgeny Ivanov, had been telling Putin about the history of the facility when Putin interrupted him with the "rubbish dump" jibe.

Ivanov said the company had found the factory in such a state when it bought it, Russian news agencies reported.

Putin was speaking two days after angry protesters from the plant and two other cement factories in the town blocked a key highway, causing serious traffic jams, in a show of social unrest rare for Russia.

The prime minister - stony faced and dressed in a beige jacket - later held a meeting in which he ordered the oligarch to pay the factory's wages and ensured he signed a document to revive its operations.

"All the unpaid wages - amounting to 41.24 million rubles ($1.35 million) - must be paid. The deadline - today," said the tough talking prime minister in comments carried on state television.

Workers were protesting against the factory's failure to play their salaries for several months as Russian industry hits problems owing to a slump in demand amid the global economic crisis.

"They (the factory owners) have made thousands of people hostage to their ambitions, unprofessionalism and maybe simply greed," said Putin.

"This is simply unacceptable. Where is the social responsibility of business?" he added.

At the meeting, Putin then produced a contract with supplies for the delivery of raw materials to revive production at the town's languishing factory.

"Has Oleg Vladimirovich signed?" he asked in reference to Deripaska. "I don't see your signature. Come and sign," said Putin grimly.

Deripaska, head bowed, then hurried to sign the document, before returning to his seat. Putin granted him a nod in acknowledgment, television pictures showed.

Putin's tirade added to the woes of the heavily-indebted Deripaska, who is set to miss a June 11 deadline to restructure billions of dollars in debt with international creditors."

Quite frankly I think are more than a few Americans who would like to see our own plutocracy slapped around a bit instead of being given free reign to the public's funds. This is even more concerning as the FBI weighs in on the fraud potential of the various bailouts and stimulus packages:

"Earlier this month, FBI Director Robert Mueller warned the nation to brace for a potential crime wave involving fraud and corruption related to the economic stimulus package. "These funds are inherently vulnerable to bribery, fraud, conflicts of interest, and collusion. There is an old adage, that where there is money to be made, fraud is not far behind, like bees to honey," Mueller said.,,,,,,

"Williams suggested that the fraud and theft losses from the roughly $787 billion stimulus package approved earlier this year could reach about $50 billion.

Williams said firms would be well advised to beef up monitoring of their transaction systems, and that his firm is helping clients develop software and computer systems to predict and catch fraud before it gets started.

Williams acknowledged that the FBI has geared up its efforts to focus on financial scams. He said other agencies, including the Department of Justice and industry watchdogs, are also beefing up oversight.

"They are going to spend their time making sure that this money gets to being used in the way it's supposed to be used," Williams added.

After 9-11, counterterrorism became the FBI's top priority, even as the agency grappled with corporate crime such as the Enron and WorldCom scandals, said Mueller, who took the helm of the FBI on Sept. 4, 2001, just one week ahead of the terrorist attacks.

The 9-11 attacks prompted the FBI and other government agencies to divert resources from financial fraud and other corporate crimes to fighting terrorism, including the transfer of 2,000 agents tracking white-collar crime to counterterrorism, Mueller said.

But now the focus is returning to white-collar crime and fraud in a big way.

"These rules will come right back to haunt companies if they are not careful," Williams said. "So firms need to make sure that their organizations are ready to receive funds and protect those funds diligently as the potential for fraud surfaces."

"Newfound transparency in the wake of the unfolding financial crisis will expose a scale of prior fraud, corruption, and self-dealing that many will find almost impossible to comprehend. Day in and day out, reports will surface about hidden losses, false accounting, inflated appraisals, sizable off-balance-sheet obligations, valuation discrepancies, unregulated offshore entities, phantom profits, insider trading, and businesses bled dry to enrich a few individuals at the expense of employees, investors, bankers, and bondholders. Other revelations will reinforce the idea that companies, governments, and individuals are in far worse shape than people had assumed only a few years earlier."

One can only hope president Obama takes a few notes on the Putin approach.
Posted by WINston smITh at 1:35 PM 3 comments: 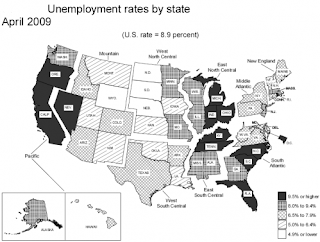 For a truly disconcerting veiw of ongoing economic collapse check out the U.S. National Debt clock, though I must warn that prolonged viewing may cause light headedness and vertigo as well as precipitate panic attacks in those predisposed.
Posted by WINston smITh at 1:59 PM No comments: