Microwaving your brain may not be a good idea 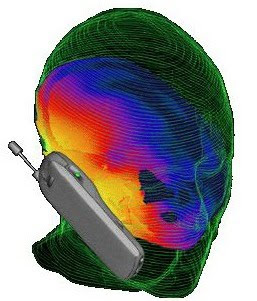 More and more research shows that the microwave radiation soup we now live in is hazardous to health.According to the Telegraph the WHO is ready to release a study suggesting that cell phone use has a significant impact on the incidence of brain tumors:

"A £20million, decade-long investigation overseen by the World Health Organisation (WHO) will publish evidence that heavy users face a higher risk of developing brain tumours later in life, The Daily Telegraph can disclose.

The conclusion, while not definitive, will undermine assurances from the government that the devices are safe and is expected to put ministers under pressure to issue stronger guidance. A preliminary breakdown of the results found a “significantly increased risk” of some brain tumours “related to use of mobile phones for a period of 10 years or more” in some studies.

The head of the Interphone investigation said that the report would include a “public health message”.

Britain’s Department of Health has not updated its guidance for more than four years. It says that “the current balance of evidence does not show health problems caused by using mobile phones”, and suggests only that children be “discouraged” from making “non-essential” calls while adults should “keep calls short”.

In contrast, several other countries, notably France, have begun strengthening warnings and American politicians are urgently investigating the risks."

Not only cellphone radiation is a concern, according to GQ Wi-Fi and others are bathing our cells in radiation:

"All of these concerns—the danger of microwaves issuing from the phones we place next to our skulls, the danger of waves emitted by the cell towers that dot our landscapes—also apply to the Wi-Fi networks in our homes and libraries and offices and cafés and parks and neighborhoods. Wi-Fi operates typically at a frequency of 2.4 gigahertz (the same frequency as microwave ovens) but is embedded with a wider range of modulations than cell phones, because we need it to carry more data. "It never ceases to surprise me that people will fight a cell tower going up in their neighborhoods," Blake Levitt, author of Electromagnetic Fields: A Consumer's Guide to the Issues and How to Protect Ourselves, told me. "They they'll install a Wi-Fi system in their homes. That's like inviting a cell tower indoors."

In the summer of 2006, a super-Wi-Fi system known as WiMAX was tested in rural Sweden. Bombarded with signals, the residents of the village of Götene—who had no knowledge that the transmitter had come online—were overcome by headaches, difficulty breathing, and blurred vision, according to a Swedish news report. Two residents reported to the hospital with heart arrhythmias, similar to those that, more than thirty years ago, Allen Frey induced in frog hearts. This happened only hours after the system was turned on, and as soon as it was powered down, the symptoms disappeared.

Today, Sprint Nextel and Clearwire are set to establish similar technology across the U.S., with a $7.2 billion government broadband stimulus speeding the rollout. A single WiMAX system would provide Internet coverage for an area of up to 75 square miles. "This means an even denser layer of radio-frequency pollution on top of what has developed over the last two decades," Blake Levitt says. "WiMAX will require many new antennas."

"The concern about Wi-Fi is being taken seriously in Europe. In April 2008, the national library of France, citing possible "genotoxic effects," announced it would shut down its Wi-Fi system, and the staff of the storied Library of Sainte-Geneviève in Paris followed up with a petition demanding the disconnection of Wi-Fi antennas and their replacement by wired connections. Several European governments are already moving to prohibit Wi-Fi in government buildings and on campuses, and the Austrian Medical Association is lobbying for a ban of all Wi-Fi systems in schools, citing the danger to children's thinner skulls and developing nervous systems."

It makes one wonder if we are in an era similar to the early 20th century when x-rays were used to measure feet and treat acne.
Posted by WINston smITh at 9:24 PM