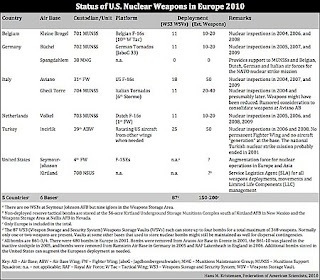 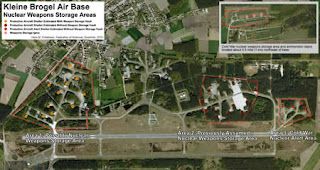 In a Barney Fife type moment Belgian Defense officials denied that a recent breach by peace activists got near the actual nukes. Per FAS Strategic Security Blog:

"An astounding statement by a Belgian defense official has pointed an unexpected light on the apparent location of nuclear weapons at the Kleine Brogel Air Base in Belgium.

After a group of peace activists climbed the base fence and made their way deep into an area assumed to store nuclear weapons, Ingrid Baeck, a chief spokesperson for the Belgian Ministry of Defense, bluntly told Stars and Stripes: “I can assure you these people never, ever got anywhere near a sensitive area. They are talking nonsense….It was an empty bunker, a shelter,” she said and added: “When you get close to sensitive areas, then it’s another cup of tea.”

Posted by WINston smITh at 8:28 PM