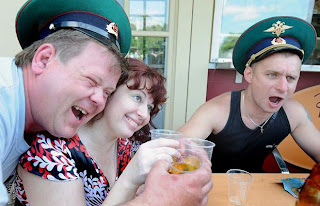 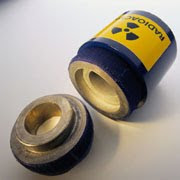 In case you were wondering what to do with your left over recycled uranium and plutonium from the backyard reactor, Der Spiegel informs us that there may be a parking lot in Siberia that can store your hot stuff:

"The largest utility company in Europe, Électricité de France, has been accused of storing nuclear waste in an open air car park in Siberia. An investigative documentary called the "Nuclear Nightmare" that screened on Tuesday in Germany and France accuses the company of sending nuclear waste to a town in Siberia where it is then stored in metal containers in a parking lot.

The containers, the makers of the documentary -- French documentary director Eric Guéret and French journalist Laure Noualhat of the newspaper Libération -- report, are in the Siberian town of Seversk, formerly a secret "closed city" where there are several nuclear reactors, plants for reprocessing uranium and plutonium as well as storage and production facilities for nuclear weapons. Although the Russian town now appears on maps, entry into the area is still restricted to locals. Noualhat told SPIEGEL ONLINE that although they visited the outskirts of the city during their research, they were not able to get in themselves. However, they did interview contacts who worked in the nuclear industry inside the city. And apparently the containers can also be seen via satellite images."

Well what's the fuss? This no doubt is a very high security Siberian parking lot/ storage facility.
Posted by WINston smITh at 6:20 PM