Obama, Libya, and "The Death Of The Liberal Class" 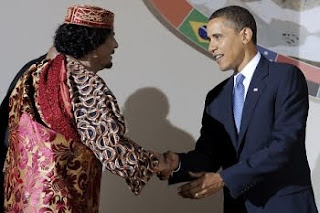 The Libyan civil war raises huge questions one of which is where does President Obama stand regarding U.S. policy. A place to start might be our current wars, started by Bush and continued by President Obama. Chris Hedges in his book "Death of The Liberal Class" cites Dostoevsky's "Notes From The Underground" as a description of an ineffectual liberal:

" I never managed to become anything: neither wicked nor good, neither a scoundrel nor an honest man, neither a hero nor an insect..."
Posted by WINston smITh at 8:31 PM