America Sails On ....thru the Abyss 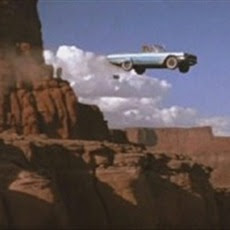 The average American is becoming accustomed to the whistling noise in their ears as they whirl merrily downward. The accumulating evidence of this free fall gathers at an increasing rate to the point where an attentive observer cannot be faulted for an ever growing sense of nausea. Here are a few examples from diverse sources:

The "Decline of Empire" documents the ever increasing rate of impoverishment in the U.S.:

"Although it is unclear how the numbers would turn out if we use a revised methodology that wasn't invented in 1955, and we include those held off the poverty rolls because they receive unemployment insurance, it appears that at least 50 million Americans live in poverty, which is about 1 in 6.

When we refer to the destruction of the Middle Class in America, those formerly classified as such do not just disappear, although I'm sure most of our political leaders wish they would. If we discount the approximately 17 people who moved from Middle to Upper Class status in 2009 Smiley_glasses , we are forced to conclude that the formerly Middle Class are now poor, although it is not clear if they are poor enough to be counted as impoverished by the Census bureau.

When Americans do find new jobs, they often find put that their old jobs paid much more than they're currently able to earn. And what will happen if the unemployment benefits run out?"

What will happen indeed? Meanwhile Americans remain essentially clueless as noted by the Smirking Chimp:

"As Election Day 2010 approaches – as the United States wallows in the swamps of war, recession and environmental degradation – the consequences of the nation’s three-decade-old decoupling from reality are becoming painfully obvious.

Yet, despite the danger, the nation can’t seem to move in a positive direction, as if the suctioning effect of endless spin, half-truths and lies holds the populace in place, a force that grows ever more powerful like quicksand sucking the country deeper into the muck – to waist deep, then neck deep.

Trapped in the mud, millions of Americans are complaining about their loss of economic status, their sense of powerlessness, their nation’s decline. But instead of examining how the country stumbled into this morass, many still choose not to face reality.

Instead of seeking paths to the firmer ground of a reality-based world, people from different parts of the political spectrum have decided to embrace unreality even more, either cynically as a way to delegitimize a political opponent or because they’ve simply become addicted to the crazy.

The latest manifestation of the wackiness can be found in the rise of the Tea Party, a movement of supposedly grassroots, mad-as-hell regular Americans that is subsidized by wealthy corporate donors (such as the billionaire Koch brothers) seeking to ensure deregulation of their industries and to consolidate their elite control over the political process.

The Tea Party madness is aided and abetted by a now fully formed right-wing media apparatus that can popularize any false narrative (like Islam planning to conquer Christian America as represented by the building of an Islamic community center near Ground Zero)."

America's totally dysfunctional political system only exacerbates the situation as noted by that curmudgeon of U.S. politics, Ralph Nader, who gives a succinct review of Republican Party stands:

" 1. They want to do nothing about unfair Chinese trade practices that lure jobs away from our country though huge factory subsidies, and where workers are repressed and counterfeit products abound. Imagine, Republicans coddling a communist regime, luring the auto parts, electronic, solar and drug ingredients industries away from America, often in violation of the World Trade Organization rules. And, in turn, China is exporting to the U.S. impure food, faulty tires, toxic drywall, lead-tainted toys and medicines which are contaminated, defective or harmful. Don’t forget the dumping violations.

2. Republicans, led by Senator Richard Shelby and his banking friends, declared their adamant opposition to Professor Elizabeth Warren becoming head of the new consumer financial regulation agency. (To avoid a confrontation with them, President Obama made her a special assistant to organize this consumer watchdog.) Ms. Warren has a solid record of exposing and communicating clearly to families the tricks and traps of credit card companies, mortgage firms, and intermediaries that have taken so many billions of consumer dollars with impunity.

3. The Republicans led by their House leader, John Boehner (Rep. Ohio), a total toady of the gouging student loan companies, opposed the Democrats successful reform of this taxpayer boondoggle that guaranteed obscene profits and had the taxpayers absorb any student defaults. Boehner’s lobbying should upset millions of parents who had to foot the bill for so many years.

4. The Republicans are opposed to raising the federal minimum wage to what it was, adjusted for inflation, in 1968!! They opposed an adequate budget for health and safety enforcement by OSHA to diminish the 58,000 American workers who die every year from workplace toxics and trauma. They are now blocking protections for coal miners pending in the Senate after the Massey mine disaster.

5. Republicans oppose doing anything about “too big to fail” even after Wall Street’s reckless, avaricious collapse of the economy, costing 8 million jobs and trillions of lost pension and mutual fund dollars.

Moreover, they do not support genuine enforcement of the anti-trust laws which are supposed to break up monopolization efforts, monopolies or oligopolies like Monsanto (seeds) or the big five banks—bailed out by taxpayers and secure in their domination of well over 50 percent of all bank assets, deposits and the credit card business. This is by far the highest concentration of financial power in modern U.S. history. With few exceptions, the GOP want very few federal cops on the corporate crime beat.

6. Fighting for the last billionaire and multimillionaire, Republicans are blocking ending Bush’s tax cuts on incomes beyond $250,000 per year. Yes, Republicans want to reduce the deficit yet they want to end revenues of over 700 billion dollar over ten years of restored super-rich taxes. They are blocking renewal of the estate taxes after their expiration on Dec. 31, 2009 left no taxes this year on the estates of the super-rich. (Over 99 percent of estates were already exempt from the federal estate tax.)

7. No matter that Republicans caved to the health insurance companies getting over 30 million new covered customers, starting in 2014, they supported the industry’s blaming the federal government, no less, for this month’s latest sharp hike in insurance premiums by Aetna and others largely on the policies of individuals and small business. The Republicans did this after blocking the “public option” that would have given consumers both a choice and the benefit of some competition to the big insurance firms.

8. Have the Congressional Republicans ever challenged the bloated, wasteful, contractor-corrupt military budget that makes up half of the entire government’s discretionary budget?

Even the Congress’s own auditing agency—the Government Accountability Office (GAO) declares the Pentagon budget unauditable. Many Pentagon audits document the abuses of Halliburton, KBR, Blackwater and other firms in the deficit-driving, bloody Iraq and Afghanistan wars (both Republican espoused.) The Pentagon’s burgeoning budget, now nearing $800 billion a year, is deemed untouchable. (A few Republicans, like Charles Grassley and John McCain sometimes object to contracting abuses.)

10. Unlike any Republican Party since its creation in 1854, it has misused the filibuster threat, and any one of its Senators misuse the rules and block even going to a floor discussion or a nomination vote. The Party is earning its moniker as the Party of NO. Republicans have turned the U.S. Senate into America’s graveyard."

One would think with such political fodder to work with the political opposition would have a field day however the Democratic party is a deeply conflicted organization which hopes to remain in power by focusing on the insanity of their opponents. This probably not much of a hope when one realizes that at any given time at least 10% if not more of the populace is certifiably nuts. Add in the now unleashed potential of corporate money as notes Alexander Cockburn:

'A huge new factor is the consequences of the U.S. Supreme Court’s decision last January in the Citizens United case. The Court ruled that corporations should encounter no impediment in sluicing money into elections via so-called “independent expenditures” theoretically bypassing direct contributions to a candidate. Already, at this point in the electoral season, Republican senate candidates have benefited from $23.3 million in these independent expenditures, while Democrats have only seen $3.3 million thrown their way."