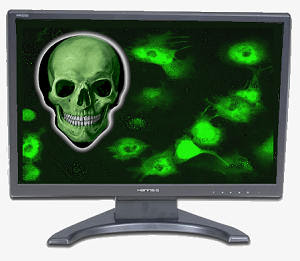 Kaspersky, the Russian security software source, has issued its 2010 predictions which follow from iTWire:


"Kaspersky has released its "2010 Cyberthreat Forecast," making six predictions about the nature of the security landscape next year.

First, Kaspersky predicts "a rise in attacks originating from file sharing networks" accompanied by a shift away from attacks via websites and applications.

Second, the company sees "an increase in mass malware epidemics via P2P networks." The forecast points to the way TDSS and Virut took that attack route in 2009 and expects that vector to be exploited even more.

Third is the growth of semi-legal and gray-market programs set up by botnet owners. "These so-called 'partner programs,'" reads the report, "enable botnet owners to make a profit from activities such as sending spam, performing denial of service (DoS) attacks or distributing malware without committing an explicit crime." The U.S. Federal Bureau of Investigation recently warned against fraudulent "work at home" offers that are in reality money laundering schemes.

Kaspersky's fourth prediction is a decline in fake anti-virus programs, such as the Conficker worm. "The fake anti-virus market has now been saturated and the profits for cybercriminals have fallen," says the report, and such activity is now closely monitored.

Fifth, the company sees attempts to use Google Wave as an attack vector, starting with spam and proceeding through phishing and spreading malward.

And sixth, the company forecasts "an increase in attacks on iPhone and Android mobile platforms." Android is especially vulnerable, the report says: "The increasing popularity of mobile phones running the Android OS combined with a lack of effective checks to ensure third-party software applications are secure, will lead to a number of high-profile malware outbreaks."

After 15 years of PC purgatory I made the Mac transition. Better late than never.
Posted by WINston smITh at 7:56 PM

I've been using Kaspersky Anti-virus for a few years, I recommend this product to you all.