Climate Change : Past the Point of No Return 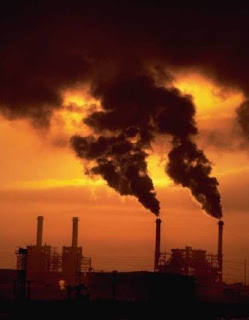 Whether climate change sceptics buy it or not, we seem to have reached and passed the so-called tipping point according to recent reports by the National Academy of Sciences. As reported in the Christian Science Monitor the most recent report suggests that even under best-case scenarios of limiting green-house gases it would take a century or more to undo the damage:

"Even if all the world’s smokestacks and tailpipes were to suddenly stop spewing CO2, if all the trees everywhere were to be left standing, and if all the remaining coal, oil, and gas were to stay in the ground, the planet would still feel the effects of global warming a millennium from now.

That’s the conclusion of a sobering new report published in the Proceedings of the National Academy of Sciences. The study found that, even as atmospheric concentrations of carbon dioxide decline, the oceans, which are slowing down global warming by absorbing heat, will seek equilibrium with the atmosphere by re-releasing it.

On the Horizons blog, the Monitor’s Pete Spotts quotes Susan Solomon, a senior researcher with the National Oceanographic and Atmospheric Administration and the lead author of the study: “The same thing that is holding back climate change today will keep it going in the very long term, and that is the oceans.”

Combine this with the tendency for carbon dioxide to persist in the atmosphere for centuries, and global warming becomes a juggernaut that will take many, many generations to turn around.

“People have imagined that if we stopped emitting carbon dioxide the climate would go back to normal in 100 years, 200 years; that’s not true,” said Ms. Solomon, according to the Associated Press.

Solomon told the Washington Post that it’s better to think of climate change like nuclear waste, which can remain radioactive for centuries, instead of like acid rain, which disappears not long after the pollution causing it has stopped."

Even more disturbing is the association of climate change with mass extinctions.Peter Ward does an excellent, if not disturbing, job of explaining such events in the past in his book "Under a Green Sky"

For anyone who thinks in the long term, which excludes a considerable portion of the American populace, this is scary stuff. The Independent goes into more detail:

"Climate change could wipe out half of all species of animals and plants, according to a study that has found a link between past climate change and some of the greatest mass extinctions in the Earth's history.

Scientists said it was the first time they had established a close association between the Earth's climate over the past 520 years and mass extinctions. Future projections for rising temperatures are likely to trigger the same sort of events, said Professor Tim Benton of the University of Leeds.

In a study published in Proceedings of the Royal Society B, Professor Benton and his colleagues show that four out of five mass extinctions can be linked to climate change.

"The long-term association has not been seen before, as previous studies have largely been confined to relatively short geological periods, limited geographical extents and few groups of organisms. But the evidence is striking," Professor Benton said.

The rises in temperatures expected to occur over coming centuries are within the same range seen in the past when many species became extinct, said Peter Mayhew, a population ecologist at Leeds.

"Our results provide the first clear evidence that global climate may explain substantial variation in the fossil record in a simple and consistent manner," Dr Mayhew said.

"If our results hold for current warming, the magnitude of which is comparable with the long-term fluctuations in the Earth's climate, they suggest that extinctions will increase," he added."
Posted by WINston smITh at 11:33 PM