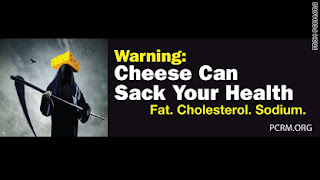 The recent "Grim Reaper Cheesehead" incident sheds light on a little discussed issue in Wisconsin life: cheese abuse.As many may recall recently a small band of courageous, thin, doctors put up a billboard in Green Bay pointing out the hazards of cheese abuse. That is until threats from the Cheese Cartels forced them to alter the message to the Cartel's specifications. Make no mistake, the Cheese Cartels control significant aspects of Wisconsinite life. Attend any function in Wisconsin, weddings, graduation parties, funerals, sporting events of any kind, and next thing you know the cheese is there followed by unspeakable acts. It is well known that the cheese cartels control whole communities forcing them to do their bidding. Monroe Wisconsin, for instance, has its school system run by a shadowy group known as "The Cheese Makers" who indoctrinate the youth of the community as early as kindergarten. In addition to the obvious health hazards associated with cheese, its role as a "gateway" drug leading to brat binging and beer, lots and lots of beer is becoming clearer all the time. Not only that but these profitable Cartels are coming to the attention of international narco-terrorists such as the Mexican "Con Queso" organization. Obviously decisive action is called for before things get really out of hand and the Cheese Cartels take over North America altogether, in other words a new never ending, extremely expensive, amorphous, War on Cheese Abuse should be launched and join its place with all the other wars on everything. No doubt legislation, constitutional amendments, and possibly NATO involvement may be necessary.
Posted by WINston smITh at 4:54 PM

LOL @ the Con Queso faction. Though I really shouldn't laugh as I have a couple of relatives who work in Monroe area cheese factories. BTW Roelli's Cheese Haus in Shullsburg has really good cheese, it's just near Gratiot (pronounced "grass"-"shit" by locals, do not attempt a pretentious frenchified way like Gray-shee-oh or some nonsense. IMO Gratiot is the unofficial World's Most Depressing Town. Go there sometime and be thankful for what you have. Then tramp down hard on the gas pedal before you are caught in the powerful Grass-shitian Vortex)

Also pertinent, one of my fave jokes. or is it a riddle.

What do you call cheese that isn't yours?
Hint: if you don't know the answer already, ask the Con Queso boys.

OMG some of this stuff I make up might be true!