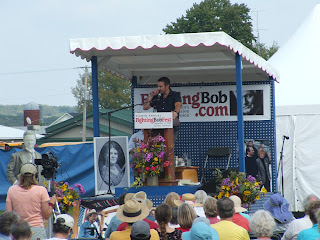 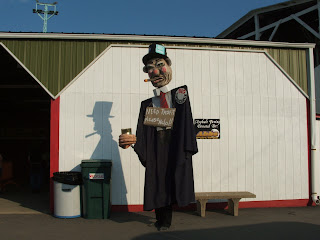 In a time when the main stream media is preoccupied with the likes of industry funded astroturfers and Joe Wilson it is more than refreshing to gather in Baraboo Wisconsin and hear the voices of sane progressives rail against the general insanity.

This year was no exception as the crowd of 5,000-10,000 was treated to a stellar lineup of speakers including Senator Bernie Sanders, Jeremy Scahill, Jim Hightower, Tom Harkin, and Greg Palast. A consistent theme throughout was healthcare reform, which every speaker rightly cast as a defining issue for President Obama and the entire country. It's quite obvious that failure to accomplish this will have far reaching reprecussions and will probably bring about a collapse of the entire American healthcare system (a word I use loosely). One of the truly enlightening moments was the appearance of Wendell Potter, a former health insurance executive and PR shill, whose insights were alone worth the trip. His apology should be mandatory viewing for freedom from healthcare nitwits everywhere. Here is an insightfull interview with Bill Moyers, another beacon of sanity in a sea of corporate disinformation:

Posted by WINston smITh at 8:25 PM