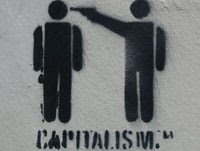 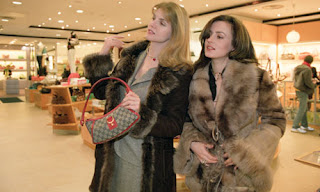 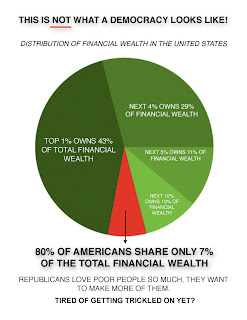 Americans are used to comparisons of Russian vs. American military strength however they may have to adjust to the idea of approaching income maldistribution parity becoming unnervingly similar in both countries. From the Eurasian Review:

"The real incomes of the two least-well-off quintiles of the Russian population have fallen since 1991 while those of that two best-off have risen significantly, dramatically increasing income differentiation and potentially exacerbating class-based tensions, according to two studies by the Higher School of Economics...
" The bottom 40 percent of the population has fallen behind over this period, he reports. The level of real incomes for the lowest 20 percent has fallen 1.45 times and the next lowest quintile by 1.2 times. At the other end, the top 20 percent have seen their incomes double, and the next highest quintile had their incomes go up a quarter...
"This change in the distribution of real incomes has hit the least-well-off groups especially hard because of the decline in state support for housing, education and especially medicine, with the lower quintiles forced to spend a higher proportion of their incomes for all these things or do without them, the studies found.

The situation in medicine is particularly striking, Polunin observes. In the European Union, for example, individuals directly bear 24 percent of the cost of medical treatment while in Russia that figure is now 40 to 50 percent, a dramatically higher fraction than only twenty years ago.

And this increase is hitting Russians, especially those least well off, because the average rate of illness among Russians rose 43 percent per 100,000 population over the period 1990 to 2008 and because many of the illnesses involved, such as cancer and heart disease, are particularly expensive to treat.

Meanwhile in the U.S. misplaced concern about socialism aggravates more social disparity as noted by Reuters:

"Americans actually live in Russia, although they think they live in Sweden. And they would like to live on a kibbutz. This isn’t the set-up for some sort of politically incorrect Catskills stand-up joke circa 1960. It is the takeaway from a remarkable study by Michael Norton and Dan Ariely on how Americans think about income inequality.

The right likes to argue that income inequality as an issue doesn’t win elections because Americans don’t begrudge the rich so much as they want to join them. The Norton and Ariely study suggests otherwise. Given a choice, the authors find, Americans would prefer to live in a society more equal than even highly egalitarian Sweden.

Another popular view is that income inequality isn’t experienced as acutely by most Americans as the numbers suggest because of how much can be “consumed” by the lower rungs of the nation’s socioeconomic ladder. No less a figure than Alan Greenspan, the maestro himself, once made this case at the Federal Reserve’s annual Jackson Hole conference, presenting data on the consumption of dishwashers, microwaves and clothes dryers showing that if measured by the possession of these goods – as opposed to the huge and growing income divide — inequality was decreasing.

That interpretation is not without merit. But it turned out that allowing Americans to prosper by using their homes as A.T.M.’s and maxing out on their credit cards was maybe not such a great idea.

Personally, I lean toward two other theories. Americans are mistaken about income inequality because of national self-confidence and the lottery effect.

By national self-confidence, I mean the widespread conviction that the American way is probably right because all those other ways don’t seem to work out so well. This is a wonderful national quality and one of the reasons America has such resilience. But confidence in the American way can make it hard for the country as a whole to recognize when things aren’t working.

Take, for instance, the health care debate, when a politically effective criticism of what has come to be known as Obamacare was to argue that it would destroy the “best” health care system in the world. Mary Meeker, a Silicon Valley guru of impeccably capitalist and American credentials debunked that idea in her recent USA, Inc. presentation, in which she pointed out that “U.S.A. per capita health care spending is 3x OECD average, yet the average life expectancy and a variety of health indicators in the U.S. fall below average. But if you spend way more than everyone else, shouldn’t your results (a.k.a. performance) be better than everyone else’s, or at least near the top?”

Aside from faith in American national excellence, the other main reason Americans seem so unperturbed by the widening chasm between the rich and everyone else is what I like to call the lottery effect. Buying lottery tickets is clearly an irrational act — the odds are hugely stacked against us. But many millions of us do, because we see the powerful evidence that an ordinary person, someone just like us whose only qualifying act was to buy a ticket, wins our favorite lottery every week.

For many Americans, the nation’s rowdy form of capitalism is a lottery that has similarly bestowed fabulous rewards on the Everyman. The current leading exemplar of self-made billions is Facebook’s Mark Zuckerberg, and he may soon be outstripped by the even more instant cyber-star Andrew Mason, the founder of Groupon.

But the problem with lotteries is that there are only a few winners. That is the story the numbers tell us about American capitalism today — and unless that underlying reality changes, at some point all those folks who think they already live in Sweden will realize they live in a winner-take-all society, and that most of us aren’t winning."

I first visited the then Soviet Union in 1975 and was struck more by similarities than differences in the two societies. The Russian communists had more in common with republican rotarians than American leftists. Today both countries have embraced what I call Fuck You capitalism and are run by oligarchic kleptocracies with similar results for their respective peoples.
Posted by WINston smITh at 9:54 PM