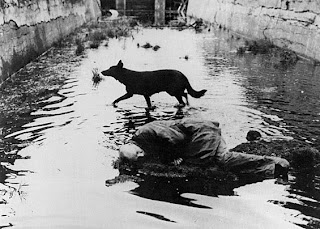 Milwaukee now has the dubious distinction of being the 4th most impoverished city in the United States and the Milwaukee Journal gives the grim statistics:

"Milwaukee emerged as America's fourth-most impoverished big city in 2009, as the Great Recession rippled across the city and state, according to U.S. Census Bureau figures released Tuesday.

An estimated 158,245 Milwaukeeans lived in poverty last year. For a family of four with two adults and two children, the poverty threshold was an annual income of $21,954.

The republicans with no sense of shame blame this on "anti-business" bias even though they controlled the state for the better part of the last 20 years. More telling is the institutionalized racism and union busting which have been facts of life in Wisconsin and have hit the largest metropolitan area of the state the hardest.
Posted by WINston smITh at 6:20 PM